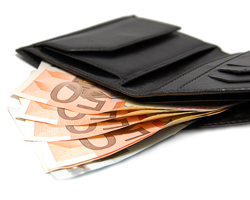 The euro dropped against its major counterparts during the European session on Thursday, as European stocks fell on the last trading day of the year, with markets in Germany, Switzerland and Italy closed for the New Year Eve holiday.

Trading volumes were light as many traders were away from their desks ahead of the New Year break. London’s FTSE 100 and and France’s CAC 40 will close early today.

The U.S. government’s decision to increase tariffs on EU products weighed on sentiment.

The Office of the U.S. Trade Representative on Wednesday said that it would hike tariffs on aircraft components and wines from France and Germany.

Amid surging virus cases, the U.K. government tightened restrictions in more parts of the country.

The Midlands, North East and parts of the North West and South West will be moved to Tier 4 restrictions from today.

Looking ahead, the U.S. weekly jobless claims for the week ended December 26 will be featured in the New York session.