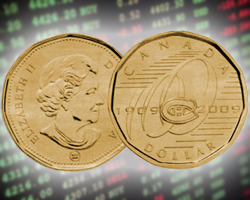 The Canadian dollar climbed against its most major counterparts in the European session on Tuesday, amid higher oil prices following a media report that the OPEC is mulling output reduction in February.

Reuters reported that OPEC and its allies are considering a 0.5 million bpd cut in February, citing bearish risks and tepid demand due to the virus crisis.

Talks will resume at 1430 GMT, as OPEC+ could not reach an agreement on changes to February’s oil output on Monday.

While Russia and Kazakhstan supported to lift production by 0.5 million bpd, Iraq, Nigeria and the United Arab Emirates wanted to keep output unchanged.

The report added that the OPEC+ joint ministerial committee “stressed that the reimplementation of COVID-19 containment measures across continents, including full lockdowns, are dampening the oil demand rebound in 2021”.

The loonie edged up to 1.2730 against the greenback, compared to Monday’s close of 1.2772. The currency may face resistance around the 1.22 region.

The loonie gained to 1.5624 against the euro at 4:45 am ET and has stabilized since then. The next possible resistance for the loonie is seen around the 1.54 level.

Data from the Federal Labor Agency showed that German unemployment declined in December despite the government tightening the coronavirus containment measures.

The number of people out of work fell 37,000 from November, confounding expectations for an increase of 10,000. Unemployment had decreased by 40,000 in November.

In contrast, the loonie pulled back to 80.63 against the yen, from an early high of 80.92, and held steady thereafter. The loonie is poised to challenge support around the 78.00 mark.

Looking ahead, Canada industrial product price index for November and U.S. ISM manufacturing index for December are due in the New York session.

U.S. Factory Orders Jump Much More Than Expected In October