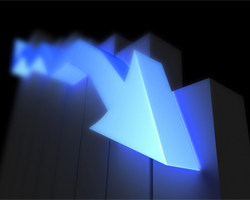 Treasuries moved to the downside during trading on Friday, extending the sharp decline seen over the past several sessions.

Bond prices climbed off their worst levels in afternoon trading but remained in negative territory. As a result, the yield on the benchmark ten-year note, which moves opposite of its price, rose by 3.4 basis points to 1.105 percent.

With the continued increase on the day, the ten-year yield ended the session at its highest closing level since mid-March.

The continued weakness among treasuries came amid optimism that a Democrat-controlled government will lead to more fiscal stimulus and a better handling of the coronavirus vaccine rollout.

In a statement on Thursday, President Donald Trump finally acknowledged “a new administration will be inaugurated on January 20th,” although he declined to mention President-elect Joe Biden by name.

Trump has repeatedly refused to accept the outcome of the election, spouting fraudulent claims of widespread voter fraud that inspired his supporters to assault the U.S. Capitol building on Wednesday.

Traders seem hopeful for a return to normalcy, as Democrats will control both houses of congress and the White House but do not have the margin in the Senate to force through radical legislation.

The markets were also reacting to a closely watched Labor Department report showing an unexpected decrease in U.S. employment in the month of December.

The Labor Department said non-farm payroll employment fell by 140,000 jobs in December after climbing by an upwardly revised 336,000 jobs in November.

The decline surprised economists, who had expected employment to increase by about 71,000 jobs compared to the addition of 245,000 jobs originally reported for the previous month.

Employment decreased for the first time since April as the recent surge in coronavirus cases led to a nosedive in employment in the leisure and hospitality sector, which lost 498,000 jobs.

Traders have recently been looking on the bright side of almost every piece of news and may see the weak jobs data as more ammunition for Democrats to pursue additional stimulus.

Next week’s economic calendar starts off relatively light, although reports on consumer and producer prices, retail sales, industrial production and consumer sentiment are likely to attract attention later in the week.

Bond traders are also likely to keep an eye on the results of the Treasury Department’s auctions of three-year and ten-year notes and thirty-year bonds.