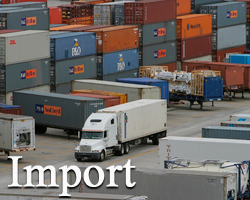 On a monthly basis, consumer prices rose 0.4 percent in December, after a 0.9 percent growth in the prior month.

The EU measure of harmonized index of consumer prices, or HICP, fell 2.4 percent annually in December, following a 2.1 percent decline in the preceding month.

On a monthly basis, the HICP rose 0.2 percent in December, after a 0.8 percent decrease in the prior month.

Separate data from the statistical office showed that the import prices declined 9.9 percent yearly in November, following a 12.7 percent decrease in October.

On a monthly basis, import prices grew 4.0 percent in November, after a 1.3 percent fall in the preceding month.