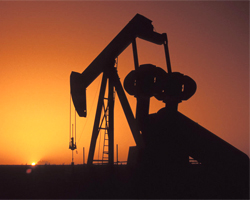 Crude oil prices moved higher on Friday on hopes energy demand will increase thanks the vaccination drive picking up momentum, and on output cuts by the oil cartel.

With the Organization of the Petroleum Exporting Countries and allies agreeing to cut crude output this month and the next, and Saudi Arabia deciding to unilaterally cut production by 1 million barrels per day, oversupply concerns have faded a bit.

Oil prices continued to be supported by recent data from the Energy Information Administration (EIA) that showed U.S. crude inventories dropped by 994,000 barrels last week to 475.7 million barrels, their lowest since March.

A report from Baker Hughes said the number of active U.S. rigs drilling for oil increased by 4 to 299 this week, rising for an 11th successive week. The total active U.S. rig count rose by 8 to 392.