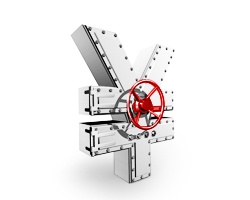 The House of Representatives approved a budget proposal on Friday, setting the stage for passage of the President’s $1.9 trillion COVID-19 relief package.

House Speaker Nancy Pelosi said that she would push for rapid approval of the plan.

Investors cheered positive earnings reports, the drop in new coronavirus cases and progress in the rollout of vaccines.

Data from the Ministry of Finance showed that Japan had a current account surplus of 1,165.6 billion yen in December, up 113.9 percent on year. That beat expectations for a surplus of 1,040 billion yen following the 1,878.4 billion yen surplus in the previous month.

Data from the Bank of Japan showed that overall bank lending in Japan was up 6.1 percent on year in January, coming in at 578.083 trillion yen.

That’s down from 6.2 percent in December.

Looking ahead, Eurozone Sentix investor sentiment index for February is due in the European session.