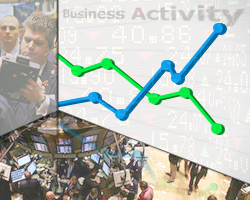 The Purchasing Managers’ Index fell to 50.6 in January from 51.0 in December. Any score above 50 indicates expansion in the sector.

Business activity rose for the second straight month in January, albeit at a softer pace. Employment grew for the first time since February last year.

Business confidence for the 12 months outlook improved due to the rapid vaccine roll-out in the UAE.

Sales grew at the slowest pace seen in the current eight-month sequence of expansion.

On the price front, input costs declined for the first time in six months and at the quickest pace since April last year. Average selling prices declined slightly.

“Uncertainty surrounding the near-term economic outlook and the prospect of tighter pandemic measures meant that output expectations across Dubai’s non-oil sector remained subdued in January, despite picking up from the end of 2020,” IHS Markit economist David Owen said.