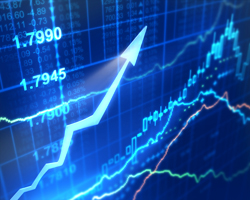 Federal Reserve Chair Jerome Powell said Wednesday that maintaining “patiently accommodative monetary policy” will be important to returning to a strong labor market but argued more needs to be done.

Powell cautioned during remarks at a virtual Economic Club of New York event that the U.S. is still “very far” from a strong labor market despite the recovery seen since the early days of the coronavirus pandemic.

The published unemployment rate fell to 6.3 percent in January, but Powell said the actual number was close to 10 percent when factoring in misclassifications by the Labor Department as well as those who have left the labor force since last February.

“So how do we get from where we are today back to a strong labor market that benefits all Americans and that starts to heal the damage already done? And what can we do to sustain those benefits over time?” Powell asked.

The Fed chief said policies that bring the pandemic to an end as soon as possible are “paramount” while also citing the need to provide continued support for workers and households who struggle to find their place in the post-pandemic economy.

“Also important is a patiently accommodative monetary policy stance that embraces the lessons of the past-about the labor market in particular and the economy more generally,” Powell said.

Powell reiterated that the Fed intends to keep interest rates at near-zero levels until labor market conditions have reached levels consistent with maximum employment and inflation is on track to moderately exceed 2 percent for some time.

“It will require a society-wide commitment, with contributions from across government and the private sector,” Powell said as he concluded his remarks.

He added, “I am confident that with our collective efforts across the government and the private sector, our nation will make sustained progress toward our national goal of maximum employment.”