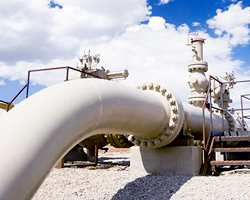 With gasoline prices continuing to spike, the Labor Department released a report on Wednesday showing consumer prices in the U.S. increased in line with economist estimates in the month of January.

The Labor Department said its consumer price index rose by 0.3 percent in January after edging up by a revised 0.2 percent in December.

Economists had expected consumer prices to climb by 0.3 percent compared to the 0.4 percent increase originally reported for the previous month.

The consumer price growth was primarily due to the continued jump in gasoline prices, which soared by 7.4 percent in January after surging up by 5.2 percent in December.

Higher gasoline prices contributed to a 3.5 percent increase by the energy index even though prices for electricity and natural gas declined.

Compared to the same month a year ago, consumer prices in January were up by 1.4 percent, unchanged from the annual growth seen in December.

Meanwhile, the annual rate of growth in core prices slowed to 1.4 percent in January from 1.6 percent in the previous month.

“Looking ahead, inflation is poised to rise above 2% in the spring, but this will be driven largely by easy base effects and should be transitory,” said Kathy Bostjancic, Chief U.S. Financial Economist at Oxford Economics.

She added, “Thus, the Federal Reserve should patiently look past this increase and delay rate liftoff until mid-2023 and QE tapering until 2022.”

Next Wednesday, the Labor Department is scheduled to release a separate report on producer price inflation in the month of January.